トップ > 原貫太の活動 > The fierce story of a Ugandan woman who became a child soldier, when she was 12

On January 2016, I visited the office of Terra Renaissance, a Japan-based NGO who works on the issue of child soldiers in Uganda, and had an interview with a former child soldier. She was abducted when she was 12 years old, and had been captured for 14 years until she was rescued at her 26. On this blog, Let me share her fierce story during her capture. 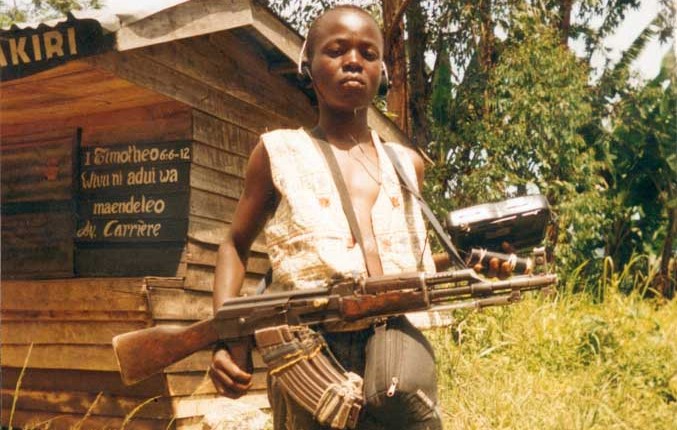 The purpose of my visit

Since I founded a students-run NGO, Bangladesh International Cooperation Partners (BICP), when I was a sophomore in Japan, I’m very interested in the issue of Child Labor, and also I’m devoting myself to the issue and be engaged in different activities aiming at improving the issue both in Bangladesh and in Japan. For example, at our 3rd trip to Bangladesh on September 2015, we carried out a program aiming at mutual understanding and improving the relationship between street children and police.

In addition, for example, on the World Day against Child Labor, 12th June 2015, I had a lecture for 90 minutes in Waseda University, and then I succeeded in connecting the classroom and a local open-sky school for street children in Bangladesh. 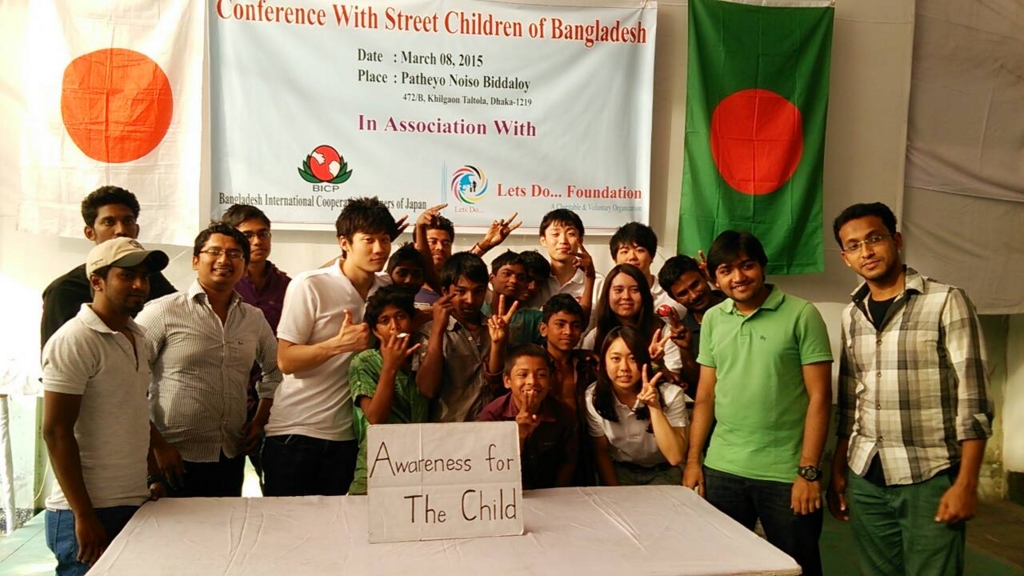 Our program in Bangladesh (photo by Kanta Hara) 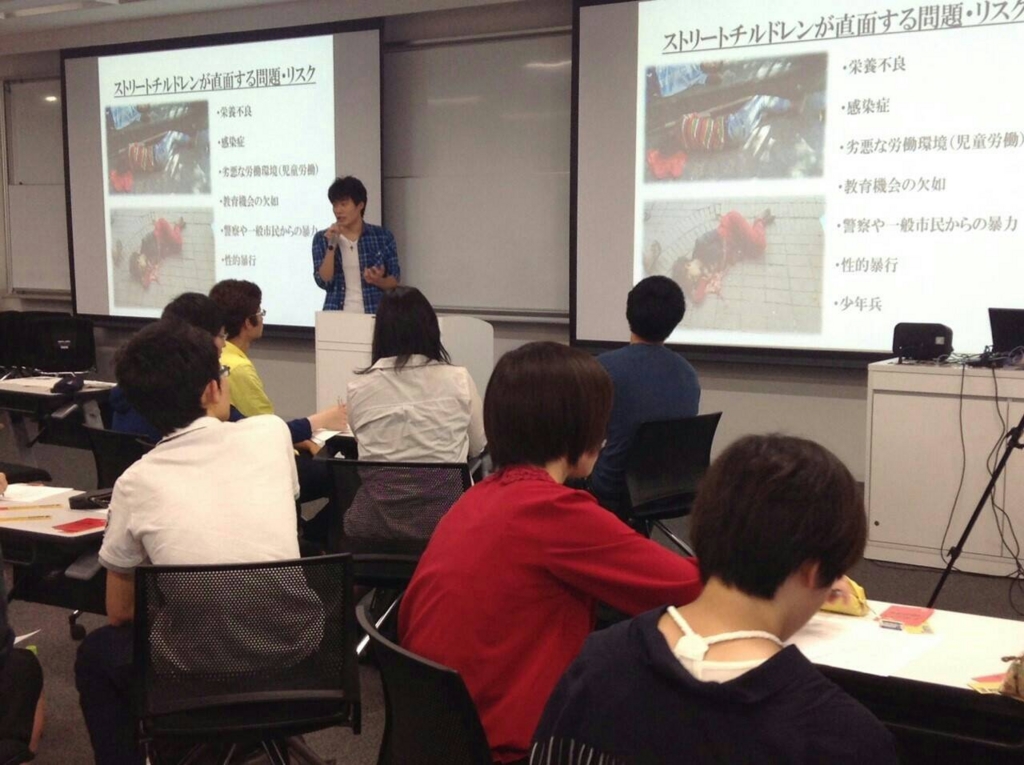 The lecture in Waseda University (80 participants there). Then, we Skyped Japanese students with local street children. (photo by Kanta Hara)

Child Labor is divided into 4 categories based on the Minimum Age Convention (No 138) and the Worst Forms of Child Labor Convention (No 182) by ILO (International Labor Organization). Especially, child soldiers are categorized as the worst form of Child Labor. So far, through different kinds of articles or media, I tried to understand the issue of child soldiers. As I understand more and more, I was overwhelmed by the sentiment of sorrow and frustration.

My superiority in imagination and sensitiveness makes me contemplate, look for, and pursue the connection between me and what’s going on around the world, and I feel sometimes sorrow, sometimes frustrated, and sometimes happy from that. However, for me, the issue of child soldiers has been not realistic because, I guess, it is too absurd. I’ve never been indifferent toward the issue, but my image toward it has been unclear. So, to make my image of the issue clearer is the primary purpose for this visit.

The issue of child soldiers in Uganda

In the northern part of Uganda, due to over 20 continuous years of civil war since the 80s, more than half of the population spend their life with less than 1.25＄a day which is not enough to meet basic human needs.

Around the entrance of Terra Renaissance. I spend my free time with the family who lives here. I heard some stories about their lifestyle from a mother who spoke English. They rent their house behind the children on this pic.

Since the mid-90s, there have been continuous and many attacks to villages or kidnappings of children by the Lord’s Resistance Army (LRA), one of the worst rebel in the world, so around 2 million people had been displaced from their homes.

LRA has been attacking villages and kidnapping children almost every nights in order to strengthen their war potential, leading to ‘the issues of child soldiers’. An estimated 60,000 children have been kidnapped by the LRA. It was said that about 80 per cent of the group were composed of child soldiers. 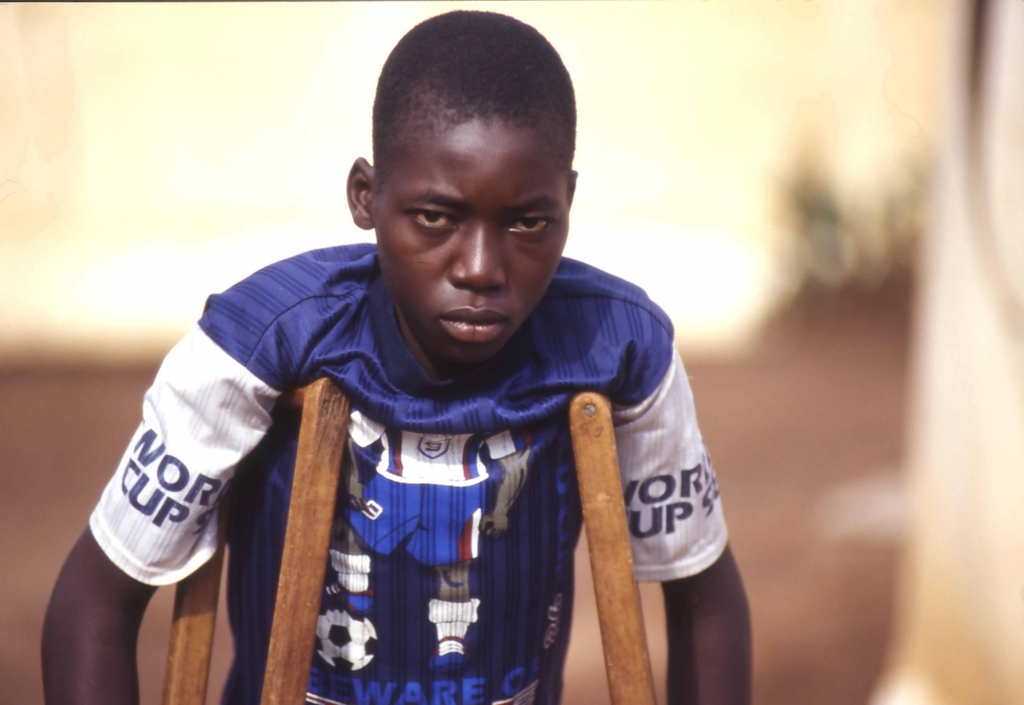 a former child soldier. He was forced to cut off his mother's arm as his first mission by commanders of LRA. (photo by Kanta Hara)

‘LRA orders child soldiers to kill their parents, brothers or sisters, or other relatives in order to brainwash them.’ Mr. Jimmy, the chief of Terra Renaissance in Uganda, says.

Mr. Jimmy. He met and talked with me kindly though he was very busy. (photo by Kanta Hara)

‘Killing their family’ is one of the LRA’s tactics to prevent children from leaving the army. Sometimes, they are forced to do brutal acts such as cutting their family’s arms, legs, noses and ears.

Finally, they lost their homes.

An Interview with a former child soldier, Ms. Aiesha (a fictitious name)

I had an interview with Ms. Aiesha (a fictitious name). I really appreciate for her cooperation although she is still suffering from her heroic experiences. The following stories are based on her comments and interpretations by a staff of Terra Renaissance.

A picture during the interview. In order to protect her privacy, I did not take a picture of her face. (photo by Kanta Hara)

‘Since I was captured, the life of wondering in a forest began’ she says. She faced an uncountable amount of harsh challenges. 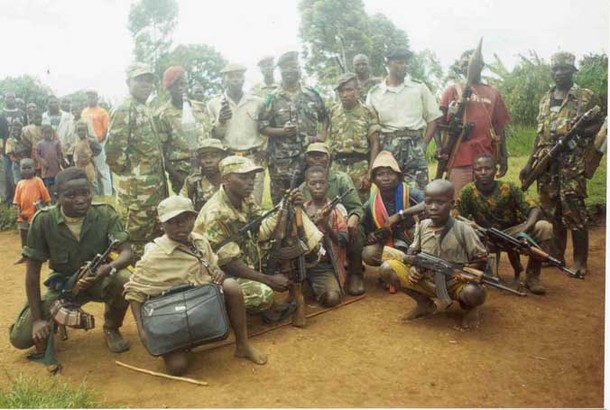 ‘I was running in a forest with heavy belongings all day long. I could take a short rest only at night. It was too harsh and difficult.’ She says it was too difficult for her to adjust to such a severe life.
She witnessed murders of many people, many times. The LRA wanted her to see people killed.

She was walking in a forest in the northern part of Uganda from 2000 to 2003. After the Ugandan government forces increased a cleanup operation, it became difficult for them to live in Uganda. In 2004, they moved their base point to Sudan for totally 4 times.

While they located their base point in Sudan, they were attacked by the Ugandan government forces for several times, so they further moved to the Democratic Republic of the Congo (2006). She always had to be with LRA. It was, for her, too harsh and difficult for words.

During her stay in DRC, she tried to leave the LRA. The risk was too big. If she failed to leave and was captured again, the punishment was too severe and inhumane. Sometimes it led to the loss of life.

‘One night I tried to leave with my friends, but was captured, and whipped for 200 times. Then I gave up leaving’ 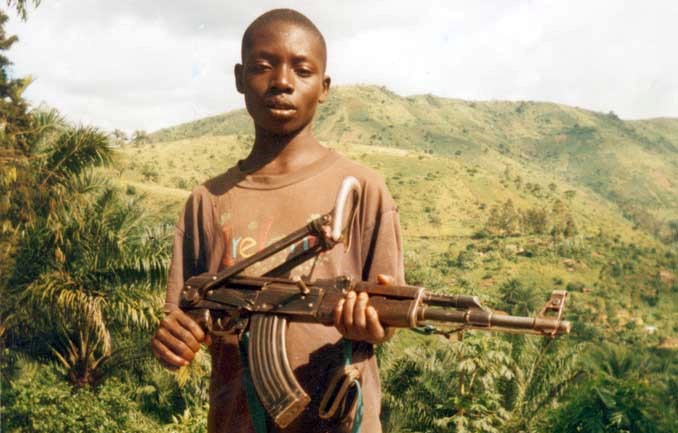 One day, As the life that she moved around with the revel continued so many days was going on, she gave birth to a baby. She said that it was too difficult for her to run away from the government forces in a forest with her baby. Holding her baby, a gun, and her belongings. It was too severe for words.

Moving DRC to the Central African Republic, and moving back to DRC…Such a harsh life was going on for a while. In 2014, she was rescued by the Ugandan forces, but for 14 years since 2000, she had been forced to spend her life as a child soldier.

Her life after the rescue is totally different than the life in a forest. People respect human rights each other, and they are protected by the Ugandan government. During her capture, she could not say anything, and all she could do is to just follow orders by LRA's commanders. If she was ordered to carry a stuff, she had to carry it, and if she was ordered to attack a village, she had to attack the village. If she refused, she would face death.

The courtyard in Terra Renaissance (photo by Kanta Hara)

When she came back from its capture, she had three children. They did not have any belongings, but they were happy. They could leave the revel. It was enough for her to feel happy.

‘I can learn job trainings or basic education in Terra Renaissance, which makes my current life happy. Making use of what I learn here, I want to change my life again after I graduate from Terra Renaissance. And I want to support my children’s life. I hope so.’

Aiesha and other students, learning how to use a sewing machine (photo by Kanta Hara)